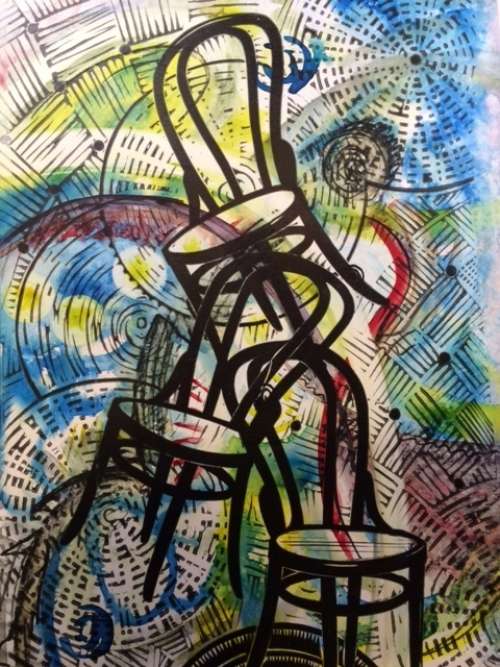 Sometimes, make that all the time, it's good to shake things up a bit and leave your comfort zone. I did this just last weekend attending a workshop on watercolor Yupo painting with Carol Stevens.
I likened it to finger-painting and approached it as such.
No plan in my head, just mushing and mucking about.
I had planned to see how this material would behave on the press and marry with my Caligo inks. It printed surprisingly well and the two themes also seemed to merge, though I had not planned which image I would experiment with.
Purely for fun and totally unrepeatable, it puts an entirely new spin on an older though well liked carving.
Now what to call it, a painting or a print? whatever it is it's 1/1.